NEWS: We had our first virtual salon on Wednesday August 30th — shared notes are available, with selected quotes, new open questions, and calls to action. Consensus of participants was “All ICO white papers should contain (or link to) an ethical code of conduct” (retweet!)

We plan to have another virtual salon in late October, timed for Asian & Australian participation. Sign up to Announcements List for invite!

If anyone is interested in having F2F evening roundtable in SF Bay Area on the topic of #tokenethics and design (not legality!) let me know.

We used a Shared Google Doc on #TokenEthics for advance readings and to share notes before our Salon event.

What communities were represented at the first Salon? 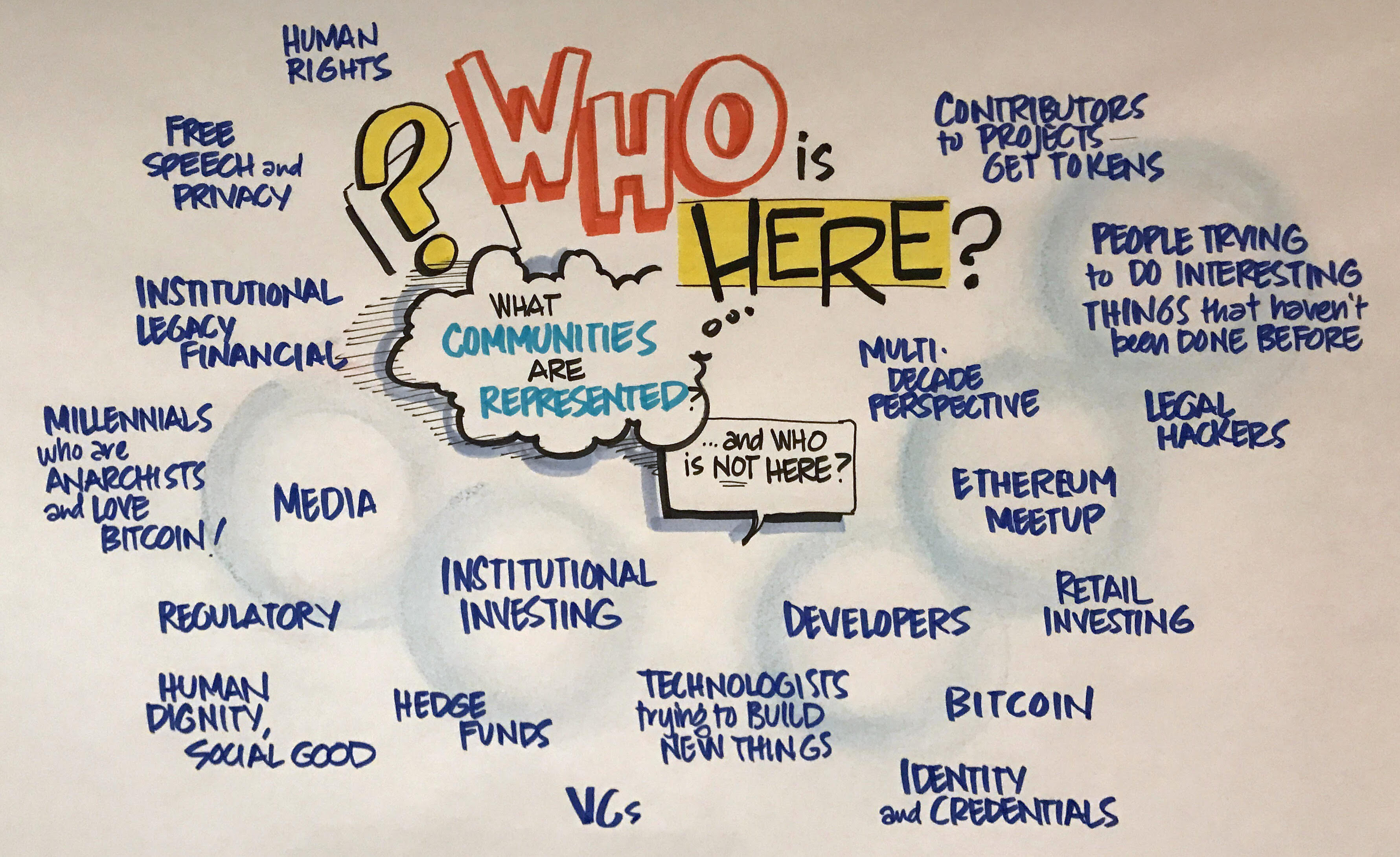 What were the guidelines for our conversation? 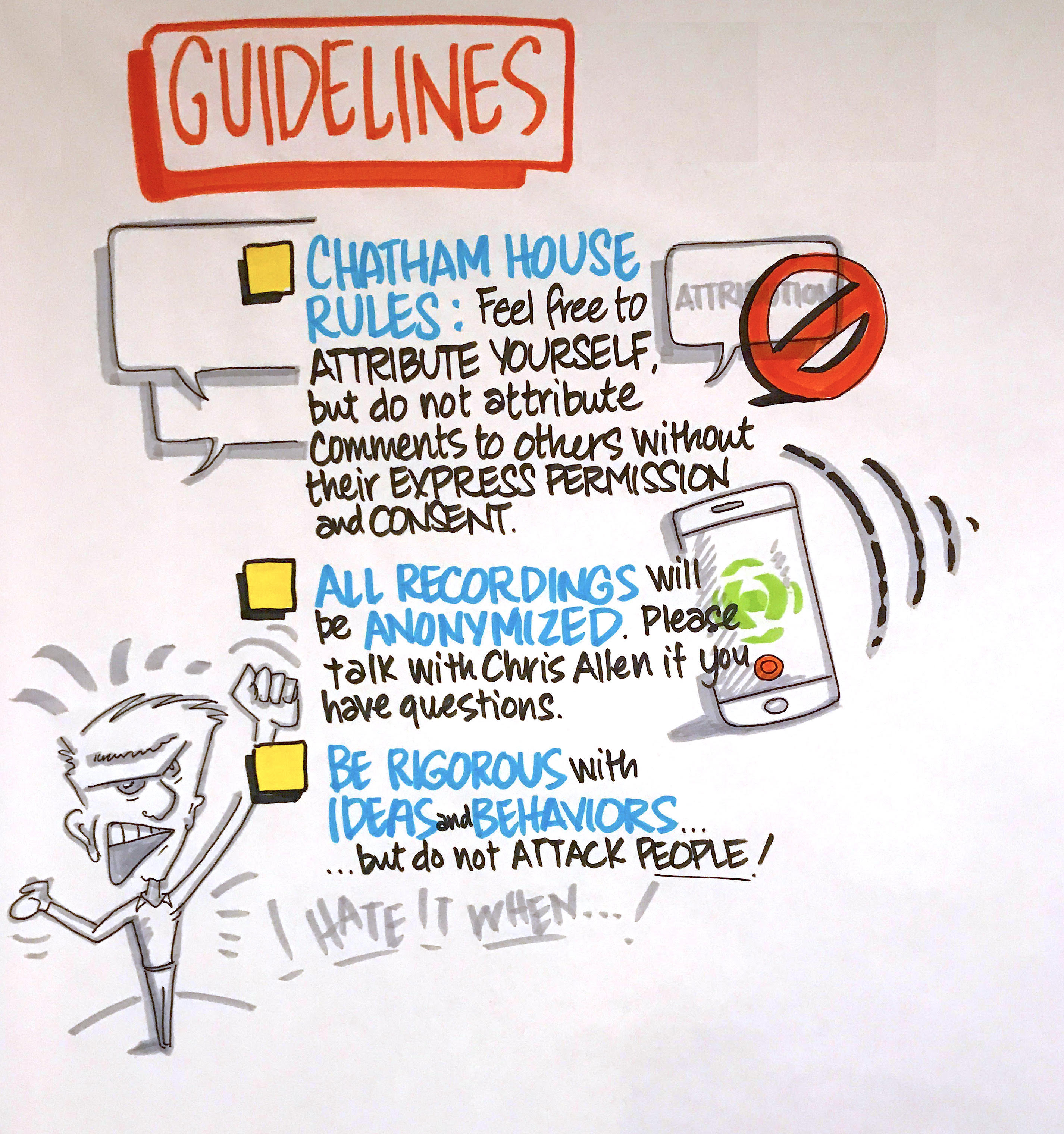 What did we talk about?

The following quotes have been reordered, organized and slightly cleaned up from the #TokenEthics Chatham Transcript.

“If it doesn’t run the product, then it’s equity, right? In that case, all the equity rules should apply.”

“If it’s purely for speculation and no other benefit, then … it’s a Ponzi.”

“Part of the reason for private markets and startup investing … is because it’s illiquid, right? They can’t immediately pull back the money. We haven’t explored what those look like for tokens, but I think there’s a ton of interesting stuff there with tokens.”

About Standardization of Token Sales

“Soon people are going to want to differentiate themselves from the clear failures that will be in the space very shortly.”

“Right now, we’re in a phase where there are no clear selling points of what the structure of token sales or [their] governance … look like.”

“Before you try to stamp out the standardized process, you’re still pretty early in a lot of this stuff, and you just want to be careful”

“I think there are some obvious things people shouldn’t do, but otherwise innovate away”

“A couple months ago we were saying like, ‘Let’s create an ICO best practices checklist. This is going to help the community. It will help provide some context for making decisions.’ However, once we got in the weeds of it, oh my gosh, this stuff is all going in so many different directions, so many different models right now. Look at the number of different token sales and different models people are trying. They’re radically different. There’s no way to solidify this and say this is what it’s going to be.”

“There are some clear lines about fraud, but it’s not clear that there are sharp lines of where something is ethical or unethical”

“One of the questions is how do you collectively discover or create social norms if that’s what ethics are?”

About the Ethics of Token Sales

“If a lot of people buy into an IPO and they buy with a few hundred dollars, it’s not their savings. Is it more ethical even if there are problems with that ICO, because these people have not been harmed as much …”

“How do you balance protecting people who are moving into cryptocurrency while also maintaining the reason why they entered that space?”

About the Ethics of Viable Products

“To me, one of the crucial things when it comes to the ethics of these things is whether or not the project has a minimal viable product.”

“Where do you draw the line of getting someone’s opinion about technical viability and then saying this actually is fraudulent?”

About Fraud in Token Sales

“Obviously the number one rule is no fraud, but there are people who are even deceiving themselves.”

About Building Regulation into the System Itself

“I don’t think we as human beings can come up with where the ethical lines are drawn. The system itself should come up with them.”

“I’d really like to see that the ethical ideas are managed by the system rather than something that’s imposed from the legal side.”

“I think that it’s interesting to think about how we decentralize regulation. There’s what essentially we’re talking about.”

“We’re able to create a model that manages that regulation … how can we create frameworks for ICOs and ECU token sales that can make regulatory intervention … constantly irrelevant?

“Yes, markets will eventually thrash things out — but information is unequal, power is unequal, time scales are unequal. There is some utility to having designs that either cause friction or have the properties that we would like them to have, because I may not survive to when markets will equalize.”

“Can the early holders of the token actually be a detriment or unethical to the system itself?”

“I only want people who are participating in the ecosystem to be in it. … for the first few years, I want people that are committed to it.”

Obviously, the discussion of #TokenEthics remains open, but the following ideas seemed to have rough consensus:

The following additional open questions were raised during the discussions at the Salon.

Drawn from the #TokenEthics Salon in late July, 2017 with some from support from advance readings sent to all participants including Patrick E. Murphy’s “Enlightened Marketing Ethics”, Continuation’s “Optimal Token Sales”, Vitalik Buterin’s “Analyzing Token Sale Models”, and Christopher Allen’s “A Revised ‘Ostrom’s Design Principles for Collective Governance of the Commons’”. This list has not been fully reviewed or agreed upon by all the #TokenEthics Salon participants but instead is offered as a starting point for future discussions.

A full transcript of our conversions, edited as per Chatham-rule, is here.

This salon was produced and facilitated by: 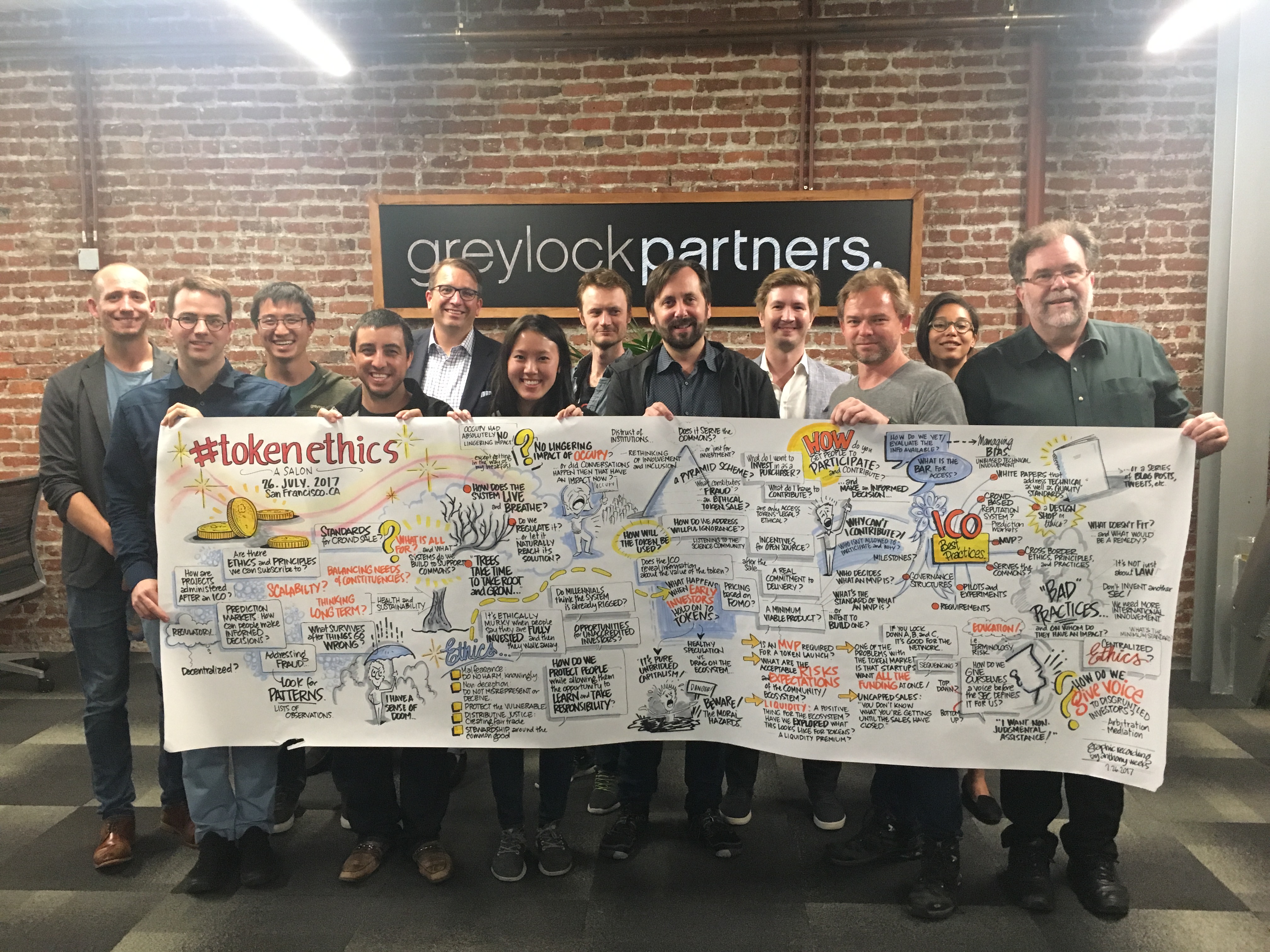 …hosted the event space and provided dinner for the participants of the Salon.

Wish to be involved in future events?